The Offshore Banking Act of 1996: Why You Should Care 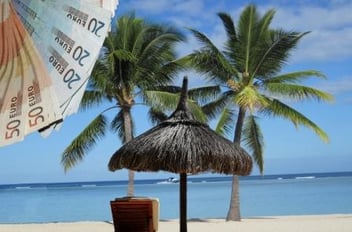 In an effort to make banking more secure in Belize and to increase the retention of banks in the country, the Offshore Banking Act of 1996 was passed.

It replaced the Banking Act of 1977 in Belize, and it revolutionized the way that financial transactions take place within the country.Whether you are planning to open an account in a bank headquartered in Belize or you want to relocate your financial firm to Belize, the Offshore Banking Act of 1996 can impact and influence your decisions.

Find out how the act makes a difference when it comes to the reduction of money laundering, the adherence to nonintervention and the security and safety of account holders.

One of the biggest changes that came about as a result of the Banking Act of 1996 in Belize was the commitment to financial privacy within the country. The act stipulated that the government of Belize would not enter into any treaty or agreement that required the trade of information regarding financial movements.

In a nutshell, this is a way of guaranteeing that the government of Belize will retain a non-interfering stance when it comes to banks in the country. As long as financial institutions follow the letter of the law, the privacy and anonymity of their account holders and assets won't be jeopardized. This is significant for two reasons.

First, individuals from around the world who seek privacy and security from their offshore bank accounts and investments are more likely to turn to Belize. Second, banks in search of the right destination for their headquarters may decide that Belize is the answer.

Both of these things benefit the country of Belize, account holders around the globe and the owners of banks who choose to locate to the Central American country.

Taking a Stand Against Money Laundering

The Offshore Banking Act of 1996 boosted Belize's reputation in the world of offshore banking by committing to standing against money laundering.

Preventing financial crimes is not always easy, but it is important for banks to make it clear where they stand on the issue. The Offshore Banking Act of 1996 introduced the idea of "Know Your Client Law" in Belize.

This is a law requiring account holders to provide proof of their name, address and nationality before being allowed to open up an account. Although a simple measure, it can go a long way in the prevention of money laundering throughout the country.

Creation of Banking Licenses in Belize

Another change brought about by the Offshore Banking Act of 1996 was the creation of two types of banking licenses for financial institutions operating within the country.

The Class A license and the Class B license differ slightly, which ensures that banks ready to make the move to Belize are able to find the right fit.

Having different prices for banking licenses is perhaps the best way to encourage banks to relocate to Belize since it doesn't require any one bank to overspend on a license that they won't be able to fully take advantage of.

The Banking Act of 1996 drastically changed the landscape of financial matters in Belize, and it changed for the better.

This banking act encouraged investors from around the world to place their assets in Belize bank accounts thanks to a commitment to privacy, and it encouraged banks to operate in Belize thanks to specific banking licenses as well as the "Know Your Client" rule.