Discover How the Mutual Fund Act of 1999 Strengthens the Belize Economy (And Your Assets!) 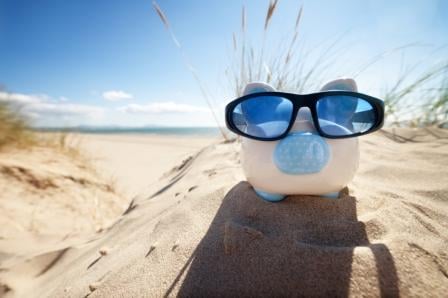 A mutual fund is defined as a collection of funds, pooled by several investors, that is invested in a range of stocks, bonds and other financial assets. Generally, the whole mutual fund is overseen by a single money manager, and the investors benefit by enjoying a diversified portfolio no matter what their level of investment might be.

While mutual funds are utilized around the world, they are especially important in Belize. Learn more about the Mutual Fund Act of 1999, how it improved the economy in Belize and how it could strengthen your assets.

In an effort to bring interest and assets to Belize, the country overhauled their financial system in the 1990s. Along with an International Insurance Act and an Offshore Banking Act, Belize established the Mutual Fund Act in 1999.

Each of these three types of mutual funds needed to meet minimum cash requirements to be in accordance with the act. The Mutual Fund Act also outlines the freedoms that mutual funds in Belize can have.

These include the opportunity to operate from outside of Belize as long as they are registered in the country and the potential to save by not paying capital gains taxes.

With the Mutual Fund Act of 1999, the economy of Belize was strengthened substantially. Adding in regulations made mutual funds feel safer about setting up shop in Belize. Investors, too, felt more confident that their interests were being protected and that they could trust that any mutual funds in the country were registered and regulated by the government.

Establishing this trust meant that more assets were continually being passed through Belize. As is always the case when a country becomes financially in demand, more businesses blossomed in Belize since 1999.

Many offshore corporations have been founded over the past 15 years, and there are countless mutual funds operating from Belize today. More business means more growth and a higher GDP, which is great news for investors as well as anyone living in or visiting Belize.

Regulations Strengthen the Position of Investors

As an investor in Belize, the Mutual Fund Act of 1999 also brought you plenty of benefits. You can rest easy knowing that any mutual funds you invest in will be regulated and protected by the government.

Plus, since mutual funds operating in Belize have fewer expenses, they can pass those savings on to you in the form of lower management and maintenance fees. You'll also enjoy more security in the Belize market as a whole.

The Mutual Fund Act of 1999 revolutionized the world of mutual funds in Belize and strengthened both the local economy and the positions of local and offshore investors.